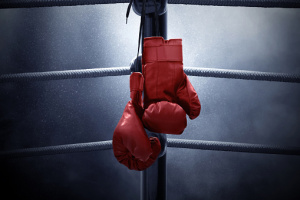 Fred H. Martin Jr, 84 of Pecos, Texas passed away peacefully at his home surrounded by his wife and three daughters, on November 13, 2022.

Funeral services will be held at 2:00pm Friday, November 18, 2022. Burial will follow at Evergreen cemetery.  Arrangements are by Pecos Funeral Home.

Fred was very involved in the Pecos community:  He was a chartered member of the Optimist Club and held various officer positions, he was on the Pecos-Barstow-Toyah school board and was also a Knight of Columbus at St. Catherine’s Catholic Church.

Fred was dedicated to serving the youth of Pecos: Early in life he volunteered as a Boy Scout leader and even coached a girls’ softball team. His true passion was Boxing; he started the 1st boxing club as head coach here in Pecos “Pecos Boxing Club.” From there the team later became known as “The Pecos Warbirds.”  He was well known and respected in the boxing community throughout Texas and surrounding states. For many years he held the position of Secretary/Treasurer for the West Texas Boxing Federation.  He also served as an official and judge for the UFC Boxing Federation and would travel all over the US to judge boxing matches.  Because of his dedication he was awarded “Outstanding Official” by Ringside.

The Martin family would like to extend our appreciation to everyone for your continued love, support and prayers during our time of loss. We would also like to thank Heart to Heart Hospice and Visiting Angels, for the amazing care they provided for our father and husband.